San Diego may be known for its gorgeous weather and pristine beaches, but America's Finest City is also home to some spectacular theatres. Catch a Broadway-bound musical, an original production, or a tried-and-true favorite at a storied theatre in San Diego.

Located a mere 2 miles from The Lodge at Torrey Pines, La Jolla Playhouse is a nationally acclaimed theatre that has touted 102 world premieres, sent 32 productions to Broadway, and garnered 38 Tony Awards including the 1993 Tony Award for Outstanding Regional Theatre.

Through March 29, the theatre is currently showing the west coast premier of Fly, a fun twist on the tale of Peter Pan. What's more, La Jolla Playhouse collaborates with several productions each year to bring an intimate cast meet-and-greet brunch to The Lodge at Torrey Pines with several songs performed from the show. The Fly brunch is on March 22, and check back for upcoming partner events.

Set in the beautiful surroundings of Balboa Park, The Old Globe has the impressive distinction of being California's oldest professional theatre. With a theatre complex consisting of three stages including one outdoor venue, The Old Globe theatre in San Diego presents 15 productions and nearly 600 performances every year. Audiences can look forward to the annual traditions of the Shakespeare Festival during the summer as well as a winter run of Dr. Seuss’s How the Grinch Stole Christmas! during the holiday season.

Commissioned by business mogul John D. Spreckels, this impressive 1,463 seat theatre in San Diego first opened more than a century ago in 1912 at the cost of $1 million. Designated a National Historic Site in 1973, Spreckels Theatre operated as a Vaudeville Opera house until the early 1920's as well as a movie palace of the motion picture hey-days until the 1950's. Today, the downtown San Diego venue is a destination for touring musical artists, top theatrical productions, comedians, and dance shows.

When You Book Direct on LodgeTorreyPines.com

Unlock the lowest preferred rates and offerings when booking direct.

At The Lodge at Torrey Pines, the safety and well-being of our guests and employees is always our top priority.

Curate your own unique escape with custom features and add-ons.

Please fill in your full name to receive information about promotions, packages, and events at The Lodge at Torrey Pines. 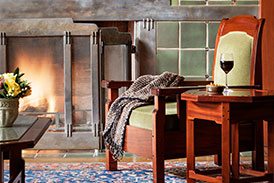 Give the Gift of Luxury

with The Lodge at Torrey Pines